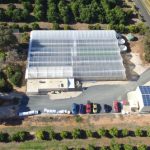 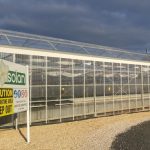 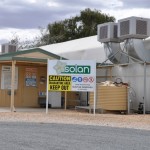 With a a long history of early generation potato seed production in Australia, Solan and has been involved in the development of production systems necessary in producing high quality seed. Development of a  potting mix blend specifically for Solan is the basis for our mini tuber production. Located in South Australia’s Riverland region it is ideally positioned to maximise production with its ideal weather conditions and isolation from commercial potato production.

Solan is fully accredited in all aspects of production from storage of tissue culture through to the production of generation zero mini tubers. We can drive the initial stages of a client’s variety from assisting with the importation of germplasm to Australia, maintenance and multiplication of that germplasm for the production of mini tubers which are stored onsite and  delivered directly to nominated growers as instructed by our clients. As a recognized Centralised Testing Centre (CTC) for IP Australia and the PBR office Solan can assist with PBR registration  and performs comparative planting trials for Part 2 registration. Solan works with Qualified Persons under IP Australia to do this work.

The tissue culture facility contains specially adapted cabinets for the storage of its genetic material which is serviced twice per year to maintain the highest quality possible. Production of plantlets for the nursery is from this genetic material where virus testing and visual inspections are regularly carried out.

Production is scheduled against dormancy characteristics of each variety to achieve optimum planting, harvest and storage conditions to present the mini tubers “field ready” for the registered seed growers. All production is under agreement and any special requirements are taken into account. All production is treated in strict confidence with full production reporting issued.

Solan was a company created in August 1992 by a group of potato growers based in the Mallee region of South Australia. Its primary aim was to research and establish an early generation potato seed supply.

From a very basic beginning, a small laboratory was established to work on producing plants through a tissue culture based system. This research into varying technologies carried on for a few years until a limit was reached with the current structure and it was decided to amalgamate the shares and for the company to expand under the direction of Ken and Deborah Morley.

Inviting joint ventures with overseas companies, led to the introduction of new technologies. These innovations quickly led to an increase in production and an expansion of the nursery was completed in 1995.

Working closely with other nurseries, saw an improvement in the standard and quality of seed produced and an increase in the level of seed accreditation within the Australian potato seed industry.

In 2009 it was decided to upgrade the tissue culture facilities and carry out improvements within the nursery to streamline the flow of plants through the nursery. This lead to another increase in production to the point where in 2012 funding was sort and a new nursery was built. This upgrade included further extensions to the tissue culture laboratory and the building of a dedicated cool room and shedding.

The company is now supplying high quality early generation potato seed to all sections of the Australian industry.

Solan strives for improvement in all aspects of the business and is continually reviewing and investigating new technologies from all International sources. It works very closely with American, European and UK facilities to maintain as high a standard as possible.